To Revert to the Theory of ‘Aryan Invasion’ (Part 8)

FINALLY, THE MOST CRUCIAL ASPECT OF THE ISSUE

The following three maps (Figs. 26, 27 & 28), not drawn by me but published by Sarianidi himself (1993b: Figs. 2, 3 and 5) relate to the spatial distribution respectively of ‘the motif of man-bird with hit animals’, ‘the motif of acrobats jumping over bulls’, and ‘miniature columns and cult vessels with depiction of snakes and animals on the rim’. 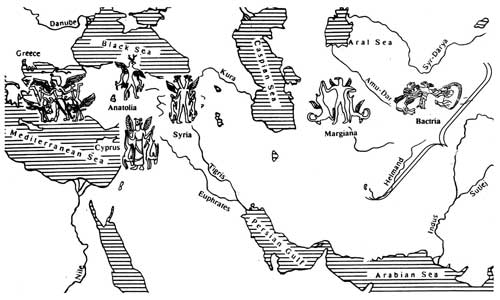 Fig. 26. Spread of the motif of man-bird with hit animals. 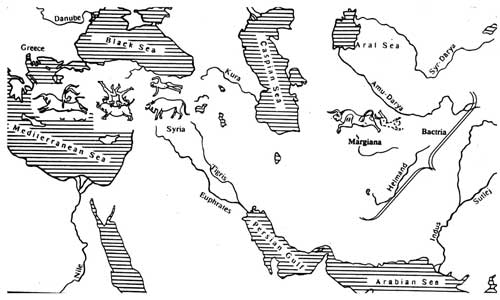 Fig. 27. Spread of the motif of acrobats jumping over bulls. 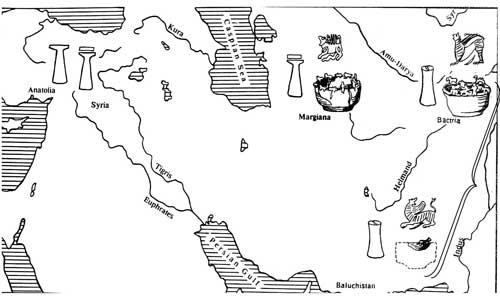 Fig. 28. Spread of ‘miniature columns’ and their probable
prototypes in the Sypro-Hittite world.

A careful look at these maps would make it abundantly clear that the glyptic motifs shown on the first two maps occur from the Bactria-Margiana region on the east to the Syro-Hittite region on the west but do not travel southwards in the direction of Baluchistan. It is only the miniature columns and bowls bearing on their rim animal-and-snake motifs that find their way into Baluchistan. But in no case did any of the above-noted motifs, columns or snake-decorated bowls find their way east of the Indus up to the upper reaches of the Ganga-Yamuna doab which, as spelt out in the Nadi-stuti Sukta of the Rigveda itself (10.75.5-6), was the region occupied by the Rigvedic Aryans.

The only exceptions to the foregoing distribution-pattern are some seals / seal-impressions from Chanhu-daro and Gilund (Possehl 2004: figs. 7 and 15). Sometimes, a double-spiral-headed copper pin from Chanhu-daro (Mackay 1976, reprint, p. 195, pl. LXVIII, 9) and a two-animal-headed antimony stopper-rod, also of copper, from Harappa (Vats 1974, reprint, p. 390, pl. CXXV, 36) are also brought into the discussion. But let it be remembered that all these are only peripheral to the most characteristic and core items of the Bactria-Margiana Archaeological Complex. Anyway, it would be simply ridiculous to ascribe these few objects to a migration of the BMAC people (cf. Gupta 2006, under print). Have we not in the past explained the occurrence of some items of a given culture-complex in another complex by means of trade / exchange / casual gift or a similar mechanism: for example, the occurrence of Harappan seals, etched carnelian beads, etc. in Mesopotamia, Iran and even Central Asia by trade and not by migration of the Harappan population? Then why invoke the migration of the BMAC people to explain the presence of some seals / seal-impressions, etc. at stray Indian sites?

In the context of the debate whether the ¡Rigvedic people were indigenous or invaders / immigrants from outside, the evidence of two sister disciplines, namely human biology and human genetics, must also be brought into the picture.

After a thorough examination of the relevant human skeletons, Hemphill and his colleagues (1991) categorically pronounced: “As for the question of biological continuity within the Indus Valley, two discontinuities appear to exist. The first occurs between 6000 and 4500 BC ... and the second occurs at some point after 800 BC.” In other words, there was no entry of a new set of people between 4500 and 800 BCE, much less of Aryan invaders / immigrants !

In recent years a great deal of genetic research has been carried out which too throws valuable light on this issue; and I quote here Sanghamitra Sahoo, et al. (2006: 843-48): “The sharing of some Y-chromosomal haplogroups between Indian and Central Asian populations is most parsimoniously explained by a deep, common ancestry between the two regions, with the diffusion of some Indian-specific lineages northward. The Y-chromosomal data consistently suggest a largely South Asian origin for Indian caste communities and therefore argue against any major influx, from regions north and west of India, of people associated either with the development of agriculture or the spread of the Indo-Aryan language family.”

Scholars have already abandoned (though after much dithering) the ‘Aryan Invasion’ theory. Is it not high time to rethink and shelve the newly hugged-to-the-chest ‘Bactria-Margiana Immigration’ thesis as well?

At the end, it needs to be emphasized that the purpose of this Address was not to criticize Professor X or Professor Y. Far from it. The whole emphasis has been on demonstrating how the 19th-century paradigms are still dominating our thinking, thereby producing a very blurred vision of South Asia’s past. Can’t we begin thinking afresh in this 21st century?

Gupta, S. P. 2006 (under print). Did the BMAC ever cross the Indus? Paper presented at an international conference held at Vadodara in 2005.

Sarianidi, V. I. 2002. Margush. Ancient Oriental Kingdom in the Old Delta of the Murghab River. Ashgabat.